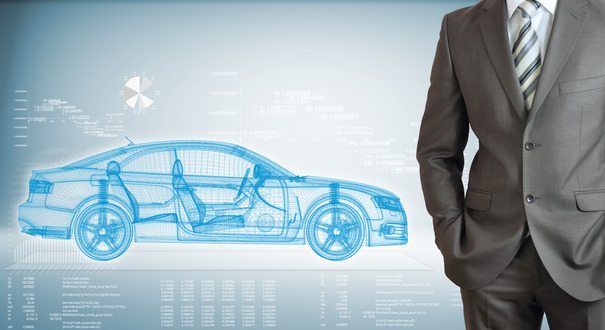 Bring up the topic of digital devices, and you’re far more likely to hear about laptops, tablets, and iPhones than you are vehicles.  For all intents and purposes, though, our vehicles today are as much part of the modern digital age as any typical computer device.  What’s so computer savvy about a car, you ask?  Well, quite a lot, actually, and the electronic control unit is pretty much the basis for understanding it all.  From the purpose and function of your car’s ECU to common problems you might encounter with it, we’ll take you through the nuances of what makes your car a computer on wheels.

A Computer for a Brain:

Most of the major functions of your vehicle are controlled by the ECU, whether these functions have been directly initiated by your own actions or not.  You’re not going to find a car made nowadays that’s up to code without an ECU, for the precise reason that it’s responsible for so much that we rely on cars for.

The ECU (remember: Electronic Control Unit, not to be confused with the Engine Control Unit – a sub component of the overall computer system) doesn’t just tell the various components of your vehicle’s engine and other parts when to kick in and shut off; it also determines precise measurements for how much fluid should be applied, how long certain processes need to last, and whether or not there’s a problem with your vehicle.

Now that the basics have been laid down, let’s look at the particulars.

Ever wondered how your car maintains good fuel efficiency?  Look no further than the ECU.  The car’s computer doesn’t just send out commands to say when fuel needs to be added, it also decides the amounts/ratios of fuel and oxygen to burn.  So, not only does it play a key role in getting you better gas mileage, it also has a great deal to do with helping your car perform in a more eco-friendly capacity.

The more accurate the ECU and other digital components of your vehicle are, the more precise the functions they perform can be.  Higher accuracy in fuel ratios means less excess carbon dioxide that’s emitted into the atmosphere, thus cutting down on pollution.

Thanks to the ECU, your car can even perform a self-diagnostic, which is basically akin to you being able to act as your own doctor and know precisely what’s wrong with you and how to fix it.  The major electronic components that help this process of self-diagnosis work are the sensors that can be found throughout your vehicle.

These sensors monitor all of the functions of your car, from oil and fuel conditions to your brakes, windshield wipers, lights, and so much more.  When you have a check engine light or an oil light come on, that’s the sensors and ECU at work for you.

However, the process can be far more precise and detail oriented than you might realize.  Everyone’s vehicle is different, even if it’s the same make, model, and year, due precisely to the fact that we all drive and take care of our cars a little differently.  The sensors in our vehicles pay attention to these nuances, meaning that your oil light may come on sooner than someone else’s because the buildup of oil sludge may be greater in your car.

While the ECU and all of its little sensors may be super useful and technologically cutting edge, this doesn’t mean that they can’t turn faulty on you.  The other side of the double-edged sword here is that because the ECU controls so much of what goes on in your car, when something goes wrong with the computer system, it can translate these problems anywhere throughout your vehicle.

Everyone talks about how important it is to pay attention to the alert lights that come on in your car, but if these lights – especially the check engine light – come on and stay on, even after everything has been checked and there’s obviously nothing wrong, then you most likely have a misbehaving ECU.

The car’s computer also controls the ignition process, so if your car suddenly won’t start and it’s clear that nothing odd is going on with the engine or other components, then your likely culprit is probably the ECU.

If it seems as if you’re stopping at the gas station a lot more often than you used to, then you definitely should have your car’s ECU taken in to a professional auto shop for a diagnostic, as it may have a fault that’s leading to fuel instructions that aren’t as accurate.  In fact, it’s a smart idea to regularly visit a quality auto shop for a complete vehicle diagnostic.