Is It Time to Replace My Muffler?

The muffler is an integral part of your vehicle’s exhaust system. It serves two main functions: to redirect and reduce exhaust system noise and to help filter exhaust gases out of the engine. When your muffler is functioning at its best, you shouldn’t notice it, but, just because it’s out of sight doesn’t mean you should actively ignore it.

Although your car’s emission control primarily takes place in the catalytic converter, the role of your muffler is no less important. In fact, issues with your muffler can disrupt the entire exhaust system.

In most U.S. vehicles, mufflers last approximately five to seven years. However, several factors such as frequent exposure to salt on roads, speed bumps, and potholes can result in premature aging. Regardless of the origin, muffler problems generally share common, easily identifiable characteristics. If you suspect your car has an exhaust system issue, use the following guide to help you determine whether you need a muffler replacement.

1. Listen to Your Vehicle

The simplest way to identify a muffler problem is by listening to the sounds your car makes. A broken or damaged muffler may cause your car to seem louder than usual. The muffler is comprised of several chambers that help reduce vibrations coming through the exhaust system.

A compromised muffler can cause pre-muffled exhaust to leak, resulting in thumping, clunking, or rattling noises in your exhaust pipe. Keep in mind that a few states such as Texas have laws that govern exhaust systems. In these states, it is illegal to modify your muffler to make your car louder or to drive with a defective muffler.

You can also identify issues with your muffler by examining its physical condition. Use a car jack to lift the car so you can inspect the muffler thoroughly. If the muffler has holes or rust, it’s time to get it replaced. A small amount of rust on the surface is normal so long as it doesn’t penetrate the metal. However, considerable amounts of rust on the outside of your muffler may indicate further complications within.

Some manufacturers outfit their cars with a small drain hole in the muffler, so meager amounts of dripping liquid aren’t a cause for alarm. However, if dripping is extensive or stems from multiple locations, holes may have formed in your muffler due to rust. 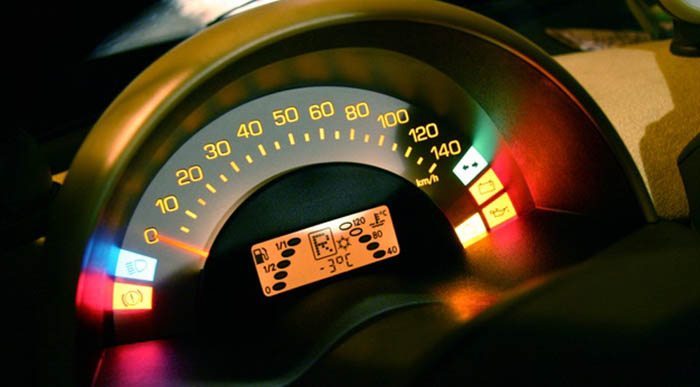 Car engines are sturdy fixtures, and, if given proper care, they are capable of withstanding years of near constant use. Nevertheless, an engine’s continued function is contingent upon how well its many components work together. Complications in your exhaust system can cause your engine to overheat or misfire.

4. Pay Attention at the Pump

One of the many benefits of a well-functioning muffler is better gas mileage. Holes or obstructions in the muffler can disrupt the flow of exhaust out of your car. Exhaust leaks can also affect the engine’s oxygen sensors. Oxygen sensors are a part of your engine’s fuel injection system and play a significant role in managing fuel consumption. Inaccurate readings from your sensors may result in a decrease in fuel economy.

Your engine will use more fuel because the sensors won’t be able to accurately assess how much exhaust is in the system. If you find yourself taking more trips to the gas station than usual, have your muffler checked at your local repair shop.

The most concerning sign of muffler failure is a change in the way your car smells. As a component of your vehicle’s exhaust system, one of the muffler’s primary functions is filtering exhaust gases and harmful fumes out of your car. A persistent smell in your vehicle may indicate that your exhaust system isn’t working properly.

The best way to approach to your muffler’s health is to be proactive. Take your car in for regular maintenance. Servicing your car regularly can help detect issues early. Keep in mind that not all repair shops check the muffler as a part of routine maintenance, but most will offer tips and advice on how to prolong your muffler’s lifespan.